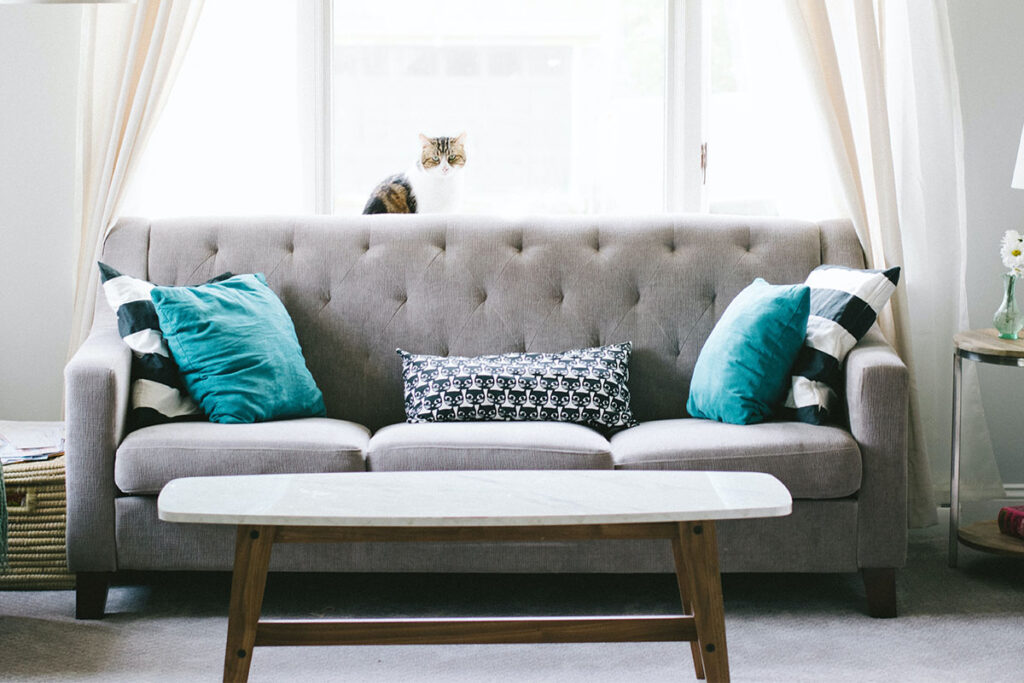 “I Don’t Know How to Explain to You That You Should Care About Other People.”

This divide exists not only in social justice opinions but in economic ones too. There are those who want every worker to earn a living wage and every person to have a safety net. And there are those who believe solely in corporate interests, believing that increased profits for wealthy companies and a rising stock market are benchmarks for a country’s success. Corporations are people too, they’re just people who care only about corporations.

So where is the middle ground in this ideological divide? Does it even exist? I think it does. And I think I’ve found it at Ashley HomeStore on Hunt Club.

We have been told for decades to “think globally, act locally”. The notion is that before you see the change you want in the world, you must begin by creating that change in your house, and then your neighbourhood, and then your community at large. Often this manifests itself in volunteering at a soup kitchen, or starting a recycling program at work.

For Ashley HomeStore, it means becoming the Here To Help sponsor of the Walk for Dementia, coming up May 11th at Tunney’s Pasture. It means caring about people with dementia and their caregivers, right here in their Ottawa.

Ashley HomeStore owner Bob Fish has some personal experience with dementia in his family. Bob’s brother-in-law, Ottawa automobile impresario Tony Graham, lived with dementia for the last decade of his life. Tony’s wife, Bob’s sister Elizabeth, built an addition to her house where Tony lived during his final years. Bob and his wife France Lachaine maintained Tony’s residence and ran it day-to-day, keeping the care in the family. When Tony had caregivers looking after him 24 hours a day, one of those caregivers was Bob’s other sister Dorothy-Ann Lamontagne.

Ashley is a major international corporation, with stores across America, Kazakhstan, Singapore, Japan, and Canada. They build and sell their own line of furniture. Ashley exists somewhere between Cadieux and IKEA, selling high-quality products at reasonable prices. You’re not going to get a crocodile leather and black velour sectional sofa with gold-plated legs, but you’re also not going to spend nine hours assembling things with an Allen key.

Large international corporations, almost by definition, lack a social conscience. When they get behind a cause, it’s a pragmatic corporate decision that is undertaken with the purpose of increasing their visibility and goodwill, resulting in greater profits down the line. But the Ashley HomeStore on Hunt Club is not influenced by that overarching corporate culture. It’s fully an Ottawa company.

There’s something about Ashley on Hunt Club that screams “Ottawa” when you walk in the door. Maybe it’s Bob. He’s instantly likeable in a rough-around-the-edges kind of way, the type of plain-speaking pragmatic businessperson I expect to see running a construction firm. Or, as he did in a previous iteration, a maintenance company. Maybe it’s the employees, who offer friendly greetings then step back to allow you space to shop. There’s no sales pressure, but you know that should you have any questions they’re here to help.

In the coming years, the number of people with dementia here in Ottawa and around the world will skyrocket. It’s a looming crisis that, without knowledge and preparedness, will take far too many people by surprise. When this crisis is upon us, we will realize that actions like the one Ashley HomeStore is undertaking today have made an enormous impact on the lives of those affected.

What they are doing is twofold. A pragmatic business decision, made at a time when the need for such decisions is just beginning to be realized. And also a heartfelt local action in Ottawa, helping people they have never met break through barriers they can not see.

While Bob has a personal connection with dementia, his company’s Here To Help contribution will not go toward helping Tony. Tony passed in 2017. It will go toward helping all the other people affected by dementia here in Ottawa, both today and in the future. That might be the very definition of Caring About Other People