Home > Community Stories > From Venezuela to Canada: An Inspiring Journey

From Venezuela to Canada: An Inspiring Journey 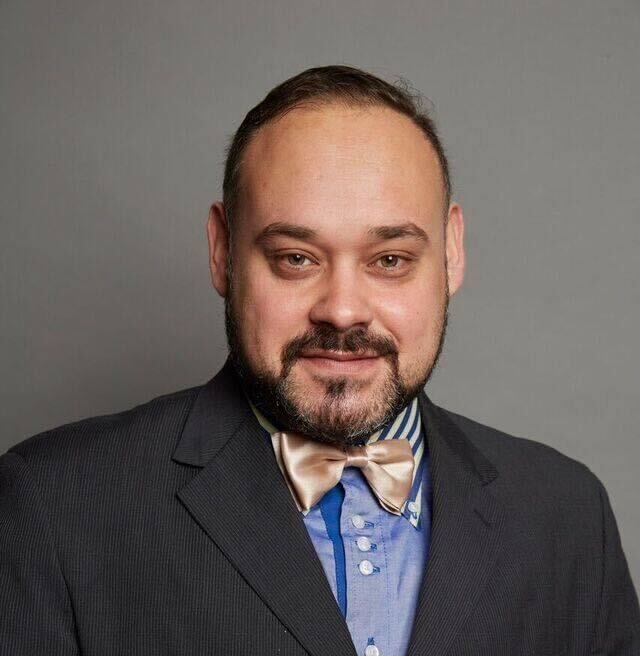 German Chique-Alfonzo is optimistic. Cautiously optimistic, but optimistic nonetheless. There will be a lot more bloodshed in the weeks to come. But death in Venezuela is nothing new to German. He has seen enough of it for one lifetime.

On Tuesday, Juan Guaido announced that “the moment is now” to overthrow Nicolas Maduro, and launched a military-backed operation from a base near Caracas. Guaido is recognized as the rightful president of Venezuela by the Lima Group, a collection of mostly South American nations that also includes Canada. This is an all-or-nothing attempt by Guaido to restore democracy to Venezuela. It comes after Maduro declared himself president in what was seen by virtually all observers to have been a rigged election.

Later that same Tuesday, government forces drove a military vehicle into a crowd of protesters, attempting to kill as many as possible. There was gunfire in the street, and there were many shocking displays of violence and death as Maduro’s forces cracked down on protests. Some of the military appears to be with Guaido, some with Maduro. German, and much of the world, sees this as the likely beginning of a civil war.

German grew up in Lecheria, a breathtakingly beautiful beach village about four hours east of Caracas. Upon graduation from high school, he came to Ottawa to do a bachelor’s degree in biochemistry. It was here that he developed a fascination with the inner workings of the brain. For his final project, he was assigned the subject of protein structures in the brain and learned about the Tau protein – the one that causes Alzheimer’s Disease.

When he returned to Venezuela, he was focused on brain diseases. He went to medical school in Caracas, and became a neurologist specializing in dementia and Multiple Sclerosis (MS). He taught dementia and Alzheimer’s science to students in the psychology department until he had the opportunity to learn more elsewhere in South America.

In Argentina, he trained in brain volume measurement. This is an MRI technology that can track the loss of brain matter in patients with both MS and various types of dementia. From there, German began a study of his own into Neuromyelitis Optica (NMO). This is a disease that mimics MS in many ways, and it is critically important that the correct diagnosis be made so one is not confused for the other. German’s study examined the levels of pain experienced by patients with NMO. He found that their pain was more severe, longer lasting, and more frequently occurring than it was in patients with MS. He also found that patients with NMO had an overall lower quality of life as a result of their affliction.

Thanks to this research, German received a grant to present his findings in London England at ECTRIMS (The European Committee For Treatment and Research in Multiple Sclerosis) and met many compatriots in his field. He then traveled to Los Angeles for a presentation to the Guthy-Jackson Foundation, a charity dedicated to funding research into NMO. It was here that German met many like-minded people in the charity and non-profit field.

All these experiences in countries outside Venezuela informed German’s world view when he returned to Caracas to continue working with patients who had MS, NMO, and dementia. And it wasn’t long before the magnitude of Venezuela’s health care crisis hit home. The patients he was dealing with were in severe, unimaginable pain most of the time. But there was no pain medication to give them. There were no drugs to administer at all. The lack of food for Venezuelan citizens was making international news, but the lack of medicine was an equally harrowing humanitarian crisis.

German, and his fellow medical professionals, began to do the only thing they could. They protested. Anything to get the attention of the government, of outside forces, of the world. People were dying who didn’t have to die. They were dying in pain they didn’t have to experience. And they were suffering in ways that could be avoided simply by ending the corruption that ran through the country’s government.

But corrupt non-democratic dictatorships don’t tend to silence protests by fixing the problem that led to them. They tend to silence them through force, through intimidation, and through incarceration. Soon, doctors were being thrown in jail. Protesters were being killed. And there was no way for German to help his patients, because he did not have the equipment or the medicine to do so.

He did the only thing he could, the thing so many of his colleagues were doing – he fled. Most of his friends ended up in Chile, Germany, the US or Spain. German thinks he’s the only one who came to Canada, and explains how lucky he was to have connections here – he had gone to the University of Ottawa, after all. And more importantly, his brother Mario lives here with German’s nephew Emilio. Mario is a physiotherapist at the Bruyere clinic.

German fills his spare time volunteering, mostly with The Dementia Society. He goes to trade shows and presentations, giving out information at booths and tables. He says that educating the public about dementia is the key to supporting those who have it, and this is why he thinks The Dementia Society plays a critical role in his chosen home of Ottawa. He will educate as many as he can, whenever he has the chance. But it’s not just The Dementia Society that gets the benefit of German’s time.

He just came from the Walk For MS, where he was a volunteer. And he’s heavily involved with a non-profit organization called the GenVen Society. They are dedicated to bringing health care and medicine to the young people of Venezuela injured while fighting for democracy. German describes trying to find a prosthetic plate to put into one young man’s head – to fill the hole in his skull that had been put there by a gas bomb thrown by police.

German is also part of a Venezuelan advocacy group that goes to parliament, sits at round tables, and speaks with Foreign Affairs and NGOs about the plight of the Venezuelan people. He says there are only about 20,000 Venezuelan people living in Canada, and they have a much smaller lobby than most other suffering nations. But he hasn’t stopped advocating for his home country.

German works as a Personal Support Worker at the Dementia Care Facility at the Courtyards on Eagleson. He says it’s much different than his work as a neurologist, in that instead of seeing patients only once every few weeks or months and tracking their progress, he can see their day-to-day struggles. He says this is one reason he understands the need for groups like The Dementia Society, and the main reason he volunteers there as often as he can. In the meantime, he is studying for his medical license so he can work as a doctor, and eventually get back into neurology here in Ottawa. He is also participating in some medical studies at Bruyere.

He still hears from patients and colleagues back in Venezuela. One of his former patients died on Saturday, from NMO. He died in intense pain, with no medicine to alleviate it. Yesterday, 11 doctors were arrested and jailed by Maduro’s forces. German shakes his head, as powerless in Canada as he would have been in Venezuela. “That could be a whole hospital” he says softly.

And yet, German remains optimistic. Venezuela is a mess, with meddling from Russia, China, the United States and many other countries in the region. After all, Venezuela has oil. The brewing civil war and political situation is vastly more complicated than simply one good guy and one bad guy. But German says the Venezuelan people are eternally optimistic. It is a trait they share across the country, that things will get better. And they will keep working at it until they do.

For now, the potential uprising in Venezuela appears to have fizzled, as the plan seems to have been to have Maduro flee the country based on a belief he was facing a military force much greater than was actually amassed. Popular opposition leader Leopoldo Lopez recently said he still expects a military overthrow of Maduro, despite an arrest warrant having just been issued for Lopez by the government. Lopez appears to be an optimist as well, and plans to keep working toward the ultimate goal of a free Venezuela.