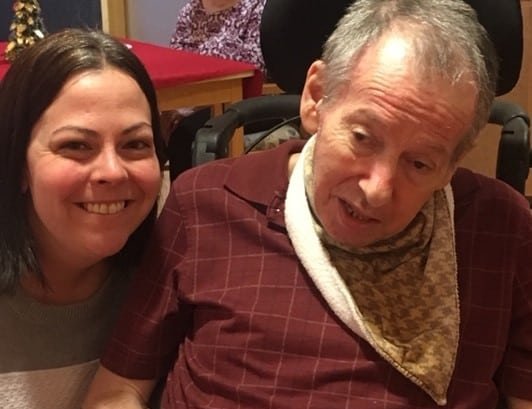 The letters after Marc Terreau’s name (known as “post-nominal” letters in Canada) refer to two things. The “CMM” means that Marc has been named a Commander of the Order of Military Merit, and the “CD” means he has a Canadian Forces Decoration. Together, they indicate a high level of service to Canada throughout his military career.

We can thank Marc for, over the past 28 years, providing The Dementia Society with a similarly exemplary service in his capacity as a volunteer. To this day, at the age of 79, Marc continues to serve. Now, as chairperson of the Dementia Society audit committee.

Marc and his wife Lucille were caregivers to Marc’s mother for eight years, after she was diagnosed with Alzheimer’s Disease. In that time, as they accessed the services provided by The Dementia Society, they became more and more involved. Lucille became the facilitator of a family support group, and Marc became involved with many other things.

Now, 28 years later, Marc is as dedicated as ever to supporting the needs of people with dementia and their caregivers. He says, “I wish people knew more about dementia in general, the services that The [Dementia] Society offers, and the need for research to find solutions to issues related to these diseases.”

Marc remains busy in other areas as well, and is part of the Corps of Commissionaires, the Air Force Association and its advocacy committee. He has also spent the past thirty years or so in the field of ethics. He has chaired committees and task forces including the Research Ethics Board of the Bruyère Continuing Care in Ottawa and the Ethics Panel of Alzheimer Canada. He was also a consultant in workplace applied ethics, the coordinator of the Ethics Round Table of Ottawa and a former Chair of the Ethics Practitioners’ Association of Canada.

As someone with such a deep understanding of ethics, and with such a long and distinguished history of service, we appreciate deeply the words Marc wrote us this week:

“I encourage [people to volunteer] because it is very rewarding emotionally and morally.”